Age 50 or older? Catch-up contributions are for you 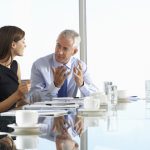 Are you in your 50s or 60s and thinking more about retirement? If so, and you’re still not completely comfortable with the size of your nest egg, don’t forget about “catch-up” contributions. These are additional amounts beyond the regular annual limits that workers age 50 or older can contribute to certain retirement accounts.

Catch-up contributions give you the chance to take maximum advantage of the potential for tax-deferred or, in the case of Roth accounts, tax-free growth.

But, check with your employer because, while most 401(k) plans and SIMPLEs offer catch-up contributions, not all do.

The benefits of making the additional contribution differ depending on which account you’re considering. With a traditional IRA, contributions may be tax deductible, providing you with immediate tax savings. (The deductibility phases out at higher income levels if you or your spouse is covered by an employer retirement plan.)

Roth contributions are made with after-tax dollars, but qualified withdrawals are tax-free. By contributing to a Roth IRA and taking the tax hit up front, you won’t lose any of the income to taxes at withdrawal, provided you’re at least 59½ and have held a Roth IRA at least five years. However, be aware that the ability to contribute to a Roth IRA is phased out based on income level.

Another option if you’d like to enjoy tax-free withdrawals is to convert some or all of your traditional IRA to a Roth IRA — but you’ll also take an up-front tax hit.

You can also make an “employer” contribution of up to 20% of self-employment income or 25% of compensation. The total combined employee-employer contribution is limited to $53,000, plus the $6,000 catch-up contribution.

The year’s almost over, but you still have time to squirrel away a few extra dollars.