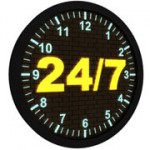 Back in 2010, police officers working for the Chicago Police Department’s (CPD) Bureau of Organized Crime sued their employer, eventually earning class-action status for the case (Allen v. City of Chicago). The officers maintain that, while off duty, the CPD required them to access work-related emails, messages and phone calls on their BlackBerry devices. This, they claimed, was a violation of the Fair Labor Standards Act (FLSA).

Crucially, the plaintiffs charged, they “in fact received many such communications and performed work using their BlackBerry devices while off duty.” It wasn’t a case of seeking overtime pay just for being available to deal with such communications — work was involved.

Although the FLSA addresses the subject of work, the law doesn’t actually define it. However, in an earlier case (IBP, Inc. v. Alvarez), the U.S. Supreme Court did describe work as an activity “controlled or required by the employer and pursued necessarily and primarily for the benefit of the employer and his business.”

In making their claim, the plaintiffs in Allen had to show that the amount of work involved was more than “de minimis,” a legal term that essentially means “negligible.” The court found: “Although the dividing line between work that is de minimis and that which is substantial can be murky at times, the evidence showed that at least some of the plaintiffs’ off-duty activities using BlackBerrys qualify as work.”

The CPD had a procedure in place in which workers who perform overtime work are required to submit “time-off due slips” describing work performed after hours. In this case, a few officers had done so, but their descriptions of work performed lacked sufficient detail.

The plaintiffs asserted that it didn’t matter whether they submitted those forms because “there was a uniform culture, or belief … that it was not acceptable for members to turn in time due slips for off-duty work performed on their BlackBerrys,” according to the court opinion.

On the other hand, the court found that supervisors wouldn’t necessarily know whether a policeman was performing a request via BlackBerry while off duty or on, given the plaintiffs’ irregular work shifts. Also, the time-off due slips were occasionally submitted and compensated accordingly.

After the suit was filed, the CPD adopted a written policy stating that it wouldn’t compensate officers for after-hours use of their BlackBerrys unless the officer was on a “call back” assignment as defined by his or her labor contract. The plaintiffs argued that, as a practical matter, this requirement was almost impossible to meet because of the way BlackBerry communications occurred.

Thus, they maintained, the policy merely strengthened the alleged anti-overtime compensation culture. Moreover, additional language in the CPD policy document created some ambiguity about its application.

The court ruled that, while regrettable, the policy’s ambiguity “does not constitute a policy forbidding submission of time-off slips for off-duty BlackBerry work.” The court further stated that, fundamentally, if an employer establishes a reasonable process for employees to request and receive compensation for after-hours work, the employer can’t be blamed if the employees fail to use it.

Interestingly, an exception could have been made had the plaintiffs provided evidence of an unwritten policy that violated the FLSA. But the court rejected the plaintiff’s argument that the CPD had such a policy.

The plaintiffs also argued that the CPD should’ve known that many of them were working overtime without compensation, and the department should’ve done something about it. But the court rejected this argument, stating:

A showing of knowledge under the FLSA must go beyond speculation that an employee’s performance of unpaid overtime work was theoretically possible. By failing to record their hours accurately and failing to tell their supervisors or managers about the unpaid, off-duty work, plaintiffs prevented defendants from having actual knowledge of their off the clock work.

The court concluded that it lacked the authority to dictate any specific overtime pay policies. But it expressed the hope that the officers and CPD could “work cooperatively to prevent future litigation.”

What can your company learn from the case described above? Primarily, if employees are expected to monitor work-related messages while they’re off duty, it’s important to have a mutual understanding regarding compensation. Here are three key takeaways to bear in mind:

1. Emphasize clarity. Develop a clear policy about nonexempt employees’ use of smart phones (or similar technology) for after-hours work. If compensation for monitoring messages while off duty is possible, be sure to include a guide for documenting compensable activity. What level of detail will you require? Is it enough to provide the date, time, sender’s name and subject of the message, or do you need more information?

2. Be aware of access. In addition to reviewing self-reported work, monitor when and how often employees remotely access your network. Doing so can help you identify usage trends and establish some basic expectations regarding how much after-hours contact is necessary.

3. Provide thorough training. To reduce the chances of misunderstandings, make sure exempt supervisory employees and nonexempt workers are trained on policies and procedures for after-hours work.

The lawsuit described in this article should serve as a cautionary tale. Although the CPD dodged a bullet in terms of liability, it still had to endure a time-consuming and expensive lawsuit. And the plaintiffs’ claim might never have been filed at all if the CPD had done a better job of establishing and following its after-hours communications policy.

Consult your employment attorney if you need help establishing a sound policy that’s clear and covers all the bases.