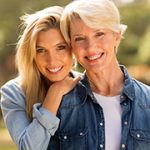 What’s the most common living arrangement for young adults today? For the first time in 130 years, more young people ages 18 to 34 opt to live with their parents, rather than move out on their own or with a spouse or friend, according to a recent study by the not-for-profit Pew Research Center. Here’s more on this trend, including possible reasons, reactions from parents and their live-in adult children, and financial and social implications.

FAQs about Adult Children and Finances

These questions about taxes and other financial matters may arise when young adults live with their parents — or otherwise depend on them for support.

Parents can generally claim a dependency exemption for a child under age 19 or a full-time student under age 24, if they provide more than half of the child’s annual support. Each dependency exemption was $4,000 for 2015. Parents may lose at least part of the benefit of these exemptions if their adjusted gross income (AGI) is above a certain amount, however.

Can this situation trigger the kiddie tax?

The so-called “kiddie tax” applies to unearned income received by a dependent child under age 19 or a full-time student under age 24 (unless the student provides more than half of his or her own support). Under the kiddie tax, any unearned income that exceeds $2,100 (for 2016) will be taxed at the top rate of the child’s parents.

The deduction for qualified tuition and fee expenses has also been extended for 2016 under the Protecting Americans from Tax Hikes (PATH) Act. The deduction on 2016 returns will be either $4,000 or $2,000, depending on the parent’s MAGI, before it’s completely phased out.

Important note. You can’t deduct tuition expenses if you claim one of the higher education credits.

Additionally, parents may be able to deduct interest paid on a qualified student loan up to a maximum of $2,500 for 2016. This “above the line” deduction can be claimed whether or not the parents itemize deductions on their tax return.

Can adult children be covered by their parents’ health insurance plan?

In general, adult children can stay on their parents’ plans until age 26 even if they get married, have or adopt a child, start or leave school, aren’t claimed as a tax dependent, turn down an offer of job-based health coverage, or live in or out of their parents’ home. The government also offers “catastrophic” plans and other affordable alternatives for young adults under 30.

If you’re self-employed and pay for health insurance, you may be able to deduct premiums paid to cover your child. This tax break, which was authorized by the Affordable Care Act, applies to children who are under age 27 at the end of the year, even if the child isn’t claimed as a dependent on a parent’s tax return or living at home.

For a more detailed answer or for answers to questions not on this list, contact your tax and financial advisers.

Pew Research recently sifted through census data to follow up on its 2012 survey, entitled “The Boomerang Generation: Feeling OK about Living with Mom and Dad.” The results, announced in late May, reveal these key findings about young people ages 18 to 34 years old:

The phenomenon of kids continuing to live with parents into adulthood or “boomeranging” home after going out on their own isn’t unique to the United States. In fact, it’s even more widespread in the European Union (EU) and Canada.

It’s easy to attribute the shift in young adult living situations to the recession of 2007 – 2009. But this trend started long ago. Inflation-adjusted wages have been falling since 1970. Declining employment rates for young adults over the last few decades have also persuaded many to return to school and then live with their parents.

In addition, young people wait longer to get married today — or skip marriage altogether — compared to previous generations. Just over a quarter of Millennials are currently married, compared to the 36% of Generation Xers and 48% of Baby Boomers at the same age.

More fundamental, however, is the changing stigma associated with living with parents into adulthood. Pew reports that more than 60% of young adults have friends or family members who live with their parents — and almost one-third of parents report that finances have forced their kids to return home in recent years.

Not only is it commonplace to live with parents, but it’s also seen as positive by many people. Pew Research discovered that roughly three-quarters of young adults who live with their parents are satisfied with their living situation and upbeat about their future finances. That’s about the same satisfaction level as young adults who live on their own. Parents are reportedly just as happy about their adult kids living with them.

Most people presume that live-in adult children are financially dependent on their parents for support. While that may be true for the 9% of young adults who admit to receiving financial support from the parents, it’s not always an accurate assumption.

In some cases, parents also benefit when their kids live at home. Pew Research reports that 35% of young adults pay rent to their parents, 75% contribute to household expenses, such as groceries or utilities, and 96% perform chores to help chip in. Parents with annual incomes under $30,000 are just as likely as those with annual household incomes of $100,000 or more to say their kids returned home for economic reasons.

From a social perspective, parents often encourage adult kids to live at home. For example, empty nesters may feel lonely and see this living situation as a pragmatic way for young adults to save money for a down payment on a home of their own. Others see it as a safer alternative to young adults living away from home in a less desirable, low-rent neighborhood. Other parents, especially those who pursued careers before starting their families, may have health and mobility issues that benefit from the helping hand of a young adult.

Parents need to consider the likelihood that their kids will live at home into adulthood when planning their household budget, deciding whether to downsize their home and timing their retirement plan. It’s also critical to preserving long-term family relationships (and sanity) for parents to set up the parameters with young adults before agreeing to any living arrangement. For example, how will the kids contribute to the household? How long can they stay? Are there any rules regarding curfews, overnight guests, pets, and alcohol and tobacco use?

It may not be realistic to expect adult kids to follow the same rules that were set when they were minors. But setting expectations from the get-go could help minimize future disputes and dissatisfaction with the living arrangement.

View from the Outside

For better or for worse, in sickness or in health, adult kids are living at home with their parents in record numbers. Often this living arrangement is temporary until the young adult finishes school, finds a job or saves a predetermined “nest egg.” If you’re part of this multigenerational living trend, discuss the situation with your tax and financial advisers. They’ve observed how other families manage this living arrangement and can offer fresh, objective insight.