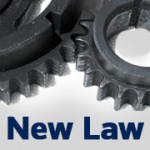 The Tax Increase Prevention Act of 2014 (TIPA) renewed through 2014 a long list of business federal income tax breaks that had been allowed to expire at the end of 2013. This article provides a quick summary of the most important business extenders that were just resurrected — and a few that were not.

There are a number of extended tax breaks that are only applicable to certain industries and groups:

Three-Year Depreciation for Race Horses.The three-year depreciation privilege for qualifying race horses is extended to cover horses placed in service in 2014, regardless of their age on the placed-in-service date.

Expensing for Film and TV Productions. TIPA extends the election to claim current deductions (within limits) for qualified film and television production costs to cover productions commencing in 2014.

Expensing for Mine Safety Equipment. The new law extends the 50 percent first-year expensing deduction for advanced underground mine safety equipment to cover qualifying equipment placed in service in 2014.

Mine Rescue Team Training. TIPA also extends the tax credit of up to $10,000 for mine rescue team training programs to cover tax years beginning in 2014.

Credit for Indian Reservation Employees. The new law extends the credit for employing enrolled members of Indian tribes and their spouses who live and work on or near Indian reservations to cover tax years beginning in 2014.

The new law extends 50 percent first-year bonus depreciation for an additional year to cover qualifying new assets that are placed in service in calendar year 2014. Used assets do not qualify.

These Provisions Were NOT Extended

The new law did not extend:

However, the placed-in-service deadline is extended to December 31, 2015 for certain assets that have longer production periods, including transportation equipment and aircraft. Under the extended deadline privilege, only the portion of a qualifying asset’s basis that is allocable to costs incurred before January 1, 2015 is eligible for 50 percent bonus depreciation.

For a new passenger auto, new light truck or new light van that is subject to the luxury auto depreciation limitations, the 50 percent bonus depreciation provision increases the maximum first-year depreciation deduction by $8,000 for vehicles that are used 100 percent for business.

Corporate Election to Claim Credits in Lieu of Bonus Depreciation

The new law extends the election for qualified bonus-depreciation-eligible assets that are placed in service by December 31, 2014 or by December 31, 2015 for certain assets that have longer production periods including transportation equipment and aircraft. Therefore, additional freed-up credits can be claimed in lieu of 2014 bonus depreciation deductions that would have otherwise have been allowed. Special rules apply to taxpayers that have previously taken advantage of this election.

The new law extends the 100 percent gain exclusion privilege (within limits) for sales of qualified small business corporation (QSBC) stock issued in 2014. Note that QSBC shares must be held for more than five years to be eligible for the gain exclusion privilege. Also, many companies won’t meet the definition of a QSBC so consult your tax adviser about your situation.

For 2014, employer-provided parking allowances are tax-free up to a monthly limit of $250. Thanks to the new law, an employee can be given up to the same tax-free amount in 2014 for transit passes or vanpooling. For example, an employee could be given up to $250 per month to pay for the park-and-ride plus up to another $250 per month to pay for train passes. Without the new law, the monthly limit on employer-provided transit passes and vanpooling for 2014 would have been only $130.

The research credit has now been extended to cover qualifying expenses paid or incurred in 2014. This credit equals the sum of:

1. 20 percent of any excess of the qualified research expenses (QREs) for the tax year over a base amount (unless the taxpayer elected an alternative simplified research credit),

Important Note: There are many additional rules attached to the research credit. Your tax adviser can assist you in getting the most benefit out of this valuable tax break.

The new law extends the general deadline for employing eligible individuals for purposes of claiming the Work Opportunity Tax Credit (WOTC) to cover qualifying hiring that occurs in 2014.

This credit allows employers that hire members of certain targeted groups to get a tax credit for a portion of first-year wages up to $6,000 per employee ($3,000 for qualified summer youth employees). If the employee is a long-term family assistance recipient, the WOTC is a percentage of first and second year wages, up to $10,000 per employee.

The maximum WOTC for hiring a qualifying veteran generally is $6,000. However, it can be as high as $12,000, $14,000 or $24,000, depending on various factors. Examples include whether the veteran has a service-connected disability, the period of his or her unemployment before being hired, and when that period of unemployment occurred relative to the WOTC-eligible hiring date. However, the credit only applies to eligible veterans and non-veterans who begin work for the employer before January 1, 2015. Consult with your tax adviser to see if your organization qualifies.

The credit for eligible small employers that provide differential pay to employees while they serve in the military is extended to cover payments made in 2014. The credit equals 20 percent of differential pay of up to $20,000 paid to each qualifying employee during the year.

1. Basis plus one-half the value in excess of basis or

2. Two times the basis (the same enhanced deduction rule has been available to C corporations for years). The taxpayer’s total charitable contribution deduction for food donations under this provision generally cannot exceed 10 percent of net income for the tax year from sole proprietorships, S corporations, or partnerships (or other non-C corporation entities) from which the food donations are made.

The new law extends the $2,000 per home contractor tax credit for building new energy-efficient homes in the U.S. (including manufactured homes) to cover homes that are sold in 2014. The credit can also be claimed for substantially reconstructing and rehabilitating an existing home and making it more energy-efficient. Homes that don’t fully meet the energy-efficiency standards may qualify for a reduced $1,000 credit. To qualify for this credit, a home must be sold by December 31, 2014 for use as a residence.

The special deduction allowed for the cost of energy-efficient commercial building property is extended to cover qualified property placed in service in 2014. The maximum deduction is $1.80 per square foot reduced by any deductions claimed in earlier years.

The new law extends the income tax and excise tax credits for biodiesel and renewable diesel fuels to cover qualifying fuels produced, sold or used in 2014.

The new law extends through tax years beginning in 2014 the provision that allows taxpayers to treat Puerto Rico as part of the U.S. for purposes of calculating the Section 199 domestic producer deduction.