6 Last-Chance Tax Breaks: Do You Qualify? 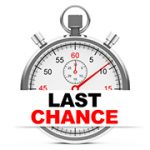 The new Tax Cuts and Jobs Act (TCJA) significantly changes some parts of the tax code that relate to personal tax returns. In addition to lowering most of the tax rates and increasing the standard deduction, the TCJA repeals, suspends or modifies some valuable tax deductions. As a result, millions of Americans who have itemized deductions in the past are expected to claim the standard deduction for 2018 through 2025.

The Tax Cuts and Jobs Act (TCJA) doesn’t suspend or eliminate every tax deduction on the books. Certain deductions survived the chopping block in their current form, or with modifications, including:

Important: The medical expense deduction has been temporarily enhanced under the TCJA. Previously, the threshold for deducting expenses was 10% of adjusted gross income (AGI). But it’s lowered to 7.5% of AGI for 2017 and 2018.

The TCJA provisions for individuals generally take effect for the 2018 tax year and “sunset” after 2025. That means that they technically expire in eight years unless Congress takes further action. In the meantime, you still have a shot at several key tax deductions on your 2017 return before they’re scheduled to expire. This is the return you must file or extend by April 17, 2018.

Here are six popular federal income tax breaks that will be suspended or modified by the new law. Generally, prior law continues to apply to these deductions for your 2017 tax year, so you can write off the expenses with little or no limitation for 2017.

The SALT deduction was a hot-button issue in tax reform talks. Eventually, Congress made a concession to residents of high-tax states, but it may be a hollow victory for some people.

Under prior law, if you itemized deductions you could generally deduct the full amount of your 1) state and local property taxes, and 2) your state and local income taxes orstate and local general sales taxes. Now the TCJA limits the deduction to $10,000 annually for any combination of these taxes, beginning in 2018. But the deduction does you no good if you don’t itemize.

Home mortgage interest can still be deducted after 2017, but new limitations will result in smaller deductions for some taxpayers.

For 2017 returns, you can deduct mortgage interest paid on the first $1 million of acquisition debt (typically, a loan to buy a home) and interest on the first $100,000 of home equity debt for a qualified residence. It doesn’t matter how the proceeds for a home equity loan are used.

Under the new law, the threshold for acquisition debt is generally reduced to $750,000 for loans made after December 15, 2017. In addition, the deduction for home equity debt is repealed. However, interest on home equity debt that is used to make home improvements might still be deductible if it can be characterized as acquisition debt. We’ll have to wait for IRS guidance on this issue to know for sure. In addition, if home equity debt is used to fund a pass-through business that the taxpayer owns (such as a partnership or S corporation or sole proprietorship), the interest expense may qualify as a deductible business expense (subject to new restrictions on business interest expense deductions under the TCJA).

Homeowners with existing mortgages are “grandfathered” under the new rules, even if the loan is refinanced (up to the existing debt amount). But you can’t deduct any interest on home equity debt that’s used for personal expenditures (such as a new car, a vacation or your child’s college costs) after 2017.

For 2018 through 2015, the TCJA suspends the deduction for casualty and theft losses except for damage suffered in certain federal disaster areas. Under prior law — which applies to your 2017 tax return — unreimbursed casualty losses are deductible in excess of 10% of your adjusted gross income (AGI), after subtracting $100 for each casualty or theft event.

The new law suspends this deduction except for losses incurred in an area designated by the President as a federal disaster area under the Stafford Act. Special rules may come into play if a taxpayer realizes a gain on an involuntary conversion.

Under prior law, deductions for most miscellaneous expenses were subject to an annual floor based on 2% of AGI. From 2018 through 2025, this deduction won’t be available at all.

For your 2017 return, you can still deduct miscellaneous expenses for the year above 2% of your AGI. These expenses typically relate to production of income, including:

Under prior law, you could claim qualified job-related moving expenses as an “above-the-line” deduction. Under the new law, this deduction is suspended for 2018 through 2025, except for expenses incurred by active duty military personnel.

To qualify for a deduction for moving expenses on your 2017 return, you must meet a two-part test involving distance and time:

Time. If you’re an employee, you must work full-time for at least 39 weeks during the first 12 months after you arrive in the general area of the new job. The time requirement is doubled for self-employed taxpayers.

Assuming you pass the test, you can deduct the reasonable costs of moving your household goods and personal effects to a new home in 2017, as well as the travel expenses (including lodging, but not meals) between the two locations. In lieu of actual vehicle expenses, you may use a flat rate of $0.17 per mile for 2017.

Currently, alimony paid under a divorce or separation agreement is deductible by the spouse who pays it and taxable to the spouse who receives it. The TCJA repeals the alimony deduction and the corresponding rule requiring inclusion in income for the recipient.

In addition, unlike most of the other tax law changes for individuals, this provision doesn’t go into effect right away. It’s effective for agreements entered into after December 31, 2018. In other words, taxpayers with agreements executed before that cutoff date are allowed to follow the old rules. But payers under post-2018 agreements get no deduction. This change is permanent for post-2018 agreements; it doesn’t sunset after 2025.

This list isn’t complete. But it’s a good starting point for preparing your 2017 income tax return. If you have questions or concerns, contact your tax advisor.

© Copyright 2018. All rights reserved.
Brought to you by: McClanathan, Burg & Associates, LLC