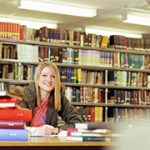 While these credits aren’t new, you should be aware of several recent developments that might affect your 2016 federal income tax return if you have students in your family who may be eligible for these credits. In light of these developments, here are four tips to help preserve and maximize your credits.

The Basics of Higher Education Credits

The American Opportunity credit can be up to $2,500 per eligible student per year. More specifically, the credit equals:

So, the maximum annual credit for an eligible student is $2,500. Families with several eligible students can claim multiple American Opportunity credits. However, the credit can be claimed only for the first four years of a student’s undergraduate education. Also, this credit is phased out at higher income levels. Finally, 40% of the allowable American Opportunity credit is generally refundable, which means that amount can be collected even if the taxpayer has no federal income tax liability.

The U.S. Tax Court recently decided that the cost of a computer isn’t eligible for the American Opportunity credit unless the school specifically requires the student to have one. In this case, the taxpayer bought a computer for his college English class, because he needed the computer to prepare a paper while he was traveling. According to the Tax Court, the cost of the computer wasn’t a qualifying expenditure for the American Opportunity credit, because having a computer wasn’t a condition of the student’s enrollment. (Djamal Mameri v. Commissioner, T.C. Summary Opinion 2016-47)

2. Claim Credits When Tuition Is Paid (Not When It’s Billed or Due)

In another recent Tax Court decision, the taxpayer was a student at Arizona State University. In December 2011, the taxpayer prepaid his tuition for the spring semester of 2012. The tuition bill wasn’t actually due until January 2012. The taxpayer then claimed a $2,500 American Opportunity credit on his 2012 federal income tax return, based on the tuition for the 2012 spring semester. (Lucas McCarville v. Commissioner, T.C. Summary Opinion 2016-14)

The taxpayer had already claimed the maximum $2,500 American Opportunity credit on his 2011 return. So he was attempting to include the payment for the spring 2012 semester tuition (paid in 2011) on his 2012 return in order to claim a $2,500 American Opportunity credit for that year. The Tax Court agreed with the IRS, requiring credits to be claimed in the year in which a bill is paid, regardless of when it’s due.

Tax law requires post-secondary educational institutions to supply annual Form 1098-T, Tuition Statement, to taxpayers and the IRS. Taxpayers are supposed to use the amount of qualified tuition and related fees reported on these forms to calculate their allowable education credits. In turn, the IRS can use the same information to see if taxpayers got it right. But this common-sense provision won’t work the way it is supposed to anytime soon. As a result, there will be ongoing confusion about tuition and fee information reported on Form 1098-T.

For pre-2016 years, Form 1098-T issued by educational institutions could report either:

Many institutions chose to report amounts billed, because that information was more easily retrieved from their accounting systems. However, the amount billed during the year isn’t what a taxpayer needs to know to calculate the allowable credit for that year. Instead, taxpayers need to know the amount paid during the year. Therefore, the information reported on Form 1098-T can be misleading to both taxpayers who claim education credits and to the IRS when reviewing the credits.

Congress attempted to correct this situation by requiring educational institutions to report qualified tuition and related fees paid during the year, starting with Form 1098-T issued for 2016. However, many institutions complained that they didn’t have time to reprogram their accounting systems to provide that information. The IRS caved by giving institutions the option to continue reporting amounts billed during the year on Form 1098-T issued for both 2016 and 2017.

Taxpayers must base their education credit calculations on amounts paid during the year, but Form 1098-T for 2016 and 2017 may not supply that information. As a result, reconciling credit amounts claimed on tax returns with tuition and fee amounts reported on Form 1098-T will continue to be problematic for many taxpayers.

First, you can’t claim the American Opportunity credit for a student who doesn’t have a federal tax identity number (TIN) issued on or before the due date of the return for that year. For a U.S. citizen, the TIN is his or her Social Security number (SSN). Noncitizens can obtain TINs that aren’t SSNs.

Second, when you file your tax return, you must include the educational institution’s employer identification number (EIN) on Form 8863, Education Credits, for each student for whom you claim the American Opportunity or Lifetime Learning credit.

College is expensive. So, why not let Uncle Sam help make it more affordable via higher education tax credits? Contact us about navigating the rules to ensure you maximize the credits that are currently available under the tax law.