4 myths about managing your debt 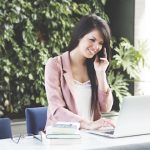 Debt is a reality for many Americans. Median household debt was estimated at $2,300 as of May 2016, according to consumer information provider ValuePenguin. And debt isn’t limited to those earning lower incomes; households with a net worth of $500,000 and over had an estimated $8,139 in credit card debt, per the same source.

Underestimating or ignoring your obligations can delay or even prevent you from accomplishing many financial goals. Here are four myths about managing your debt.

Many people glance at their credit reports, see a decent score and move on. But credit reports often contain inaccuracies that blur your true debt picture.

Review your report regularly and follow up with the issuing credit agency if there’s an inaccuracy. For example, make sure your report doesn’t reflect a lower credit limit than your actual one.

Closing out credit cards may seem like elementary debt management. But eliminating them isn’t necessarily the way to go. Instead, you should limit your number of open cards, pay them off or maintain low account balances, and avoid or renegotiate high interest rates.

The easiest way to deal with debt may seem a broad, sweeping strike to pay it down. Unfortunately, gathering the funds to make that move may only worsen the overall situation.

For instance, home equity loans typically offer lower interest rates than credit cards and large available balances. Plus, the interest paid on a home equity debt may be tax deductible, while credit card debt generally isn’t. But the greater obligation isn’t really wiped out — only transferred. And the borrower’s home is at risk.

Similarly, taking out a 401(k) loan offers easy, low-interest access to funds. But a significantly negative tax impact and marked reduction in one’s retirement savings are downsides. Also, interest paid on such a 401(k) loan wouldn’t be tax deductible.

Well, it certainly doesn’t equal success. And a bankruptcy filing should undoubtedly form the last line of defense in any debt management plan. But, rather than considering it an outright failure, you might want to look at bankruptcy as a last-chance opportunity.

In many cases, a person’s credit score can recover surprisingly quickly — sometimes as soon as three to five years. In addition, some tax liabilities that meet certain requirements may be discharged in bankruptcy.

Sound, timely advice can help you avoid getting in over your head when it comes to debt. Please contact our firm for a detailed assessment of your situation.