What Are this Year’s ‘Dirty Dozen’ Tax Scams? 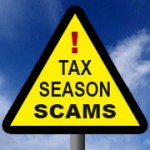 Every year during awards season in Hollywood, the IRS tallies its own votes for the most notorious tax scams of the year. Taxpayers are ultimately responsible for the information on their personal tax returns. So intentional or inadvertent participation in one of these 2015 “Dirty Dozen” schemes could win you an IRS investigation, penalties, interest charges and even a trip to federal prison. Here’s a recap of the pitfalls that honest taxpayers should try to avoid:

The “Dirty Dozen” in Action

Here are some real-world “horror stories” of current tax scams that could be happening near you:

Although a corporation sole is a form of incorporation allowed by some states — primarily for use by religious leaders to hold title to property — the IRS has publicized the fact that corporations sole have been notoriously abused by tax con artists. In fact, several states — including Utah in 2004 and Nevada in 2009 — have disallowed the creation of new corporations sole.

Timmerman and Sing set up a website and posted articles that listed the benefits of their bogus tax-saving strategy. The fraudsters charged clients substantial fees for providing inaccurate tax planning guidance and helped them — knowingly or inadvertently — evade taxes through the use of illegal tax shelters and abusive tax schemes.

Sentencing is scheduled for May where Timmerman and Sing face statutory maximum sentences of five years in prison and fines of $250,000 each.

In its March 2015 Consumer Alert, the IRS warns taxpayers about the latest email phishing scam that appears to come from the IRS Taxpayer Advocate Service (TAS). The phony emails include a bogus case number and the following message:

The recipient is directed to click on links that supposedly provide information about the “advocate” assigned to their case or that let them “review reported income.” The links lead to Web pages that solicit personal information.

The TAS is a legitimate IRS organization that helps taxpayers resolve federal tax issues that haven’t been resolved through the normal IRS channels. But the TAS never initiates contact with taxpayers by email, texting or any social media. Taxpayers who receive these messages should not respond to the email or click on the links. Instead, they should forward the scam emails to the IRS or contact their tax advisers immediately.

Aggressive and threatening phone calls by criminals impersonating IRS agents remain an ongoing threat to taxpayers. The IRS has seen a surge of these phone scams, especially during the tax filing season as con artists threaten police arrest, deportation, license revocation and other things.

Taxpayers also need to be on guard against fake emails or websites looking to steal personal information. The IRS won’t send you an email about a bill or refund out of the blue. Don’t click on one claiming to be from the IRS that takes you by surprise. Taxpayers should be wary of clicking on strange emails and websites. They may be scams to steal your personal information.

Taxpayers need to watch out for identity theft, especially around tax time. The IRS continues to aggressively pursue criminals that file fraudulent returns using another person’s Social Security number. The IRS is making progress on this front but taxpayers still need to be extremely careful and do everything they can to avoid becoming a victim.

The vast majority of tax professionals provide honest high-quality service. But there are some dishonest preparers who set up shop each filing season to perpetrate refund fraud, identity theft and other scams that hurt taxpayers. Return preparers are a vital part of the U.S. tax system. About 60 percent of taxpayers use tax professionals to prepare their returns.

The recent string of successful enforcement actions against offshore tax cheats and the financial organizations that help them shows that it’s a bad bet to hide money and income offshore. Taxpayers are best served by coming in voluntarily and getting their taxes and filing requirements in order. The IRS offers the Offshore Voluntary Disclosure Program to help people get their taxes in order.

Taxpayers need to be on the lookout for anyone promising inflated refunds. Always be wary of anyone who asks you to sign a blank return, promises a big refund before looking at your records or charges fees based on a percentage of the refund. Scam artists use flyers, advertisements, phony store fronts, fake websites and word of mouth via community groups and churches in seeking victims.

Taxpayers should be on guard against groups masquerading as charitable organizations to attract donations from unsuspecting contributors. Contributors should take a few extra minutes to ensure their hard-earned money goes to legitimate and currently eligible charities. The IRS website has the tools taxpayers need to check out the status of charitable organizations. Be wary of charities with names that are similar to familiar or nationally known organizations.

Hiding taxable income by filing false Form 1099s or other fake documents is a scam that taxpayers should always avoid and guard against. The mere suggestion of falsifying documents to reduce tax bills or inflate tax refunds is a huge red flag when using a paid tax return preparer.

Taxpayers should avoid using abusive tax structures to avoid paying taxes. The IRS is committed to stopping complex tax avoidance schemes and the people who create and sell them. The vast majority of taxpayers pay their fair share, and everyone should be on the lookout for people peddling tax shelters that sound too good to be true. When in doubt, taxpayers should seek an independent opinion regarding complex products they’re offered.

Taxpayers should avoid inventing income to erroneously claim tax credits. Taxpayers are sometimes talked into doing this by scam artists. Taxpayers are best served by filing the most accurate return possible.

The fuel tax credit is generally limited to off-highway business use, including use in farming. Consequently, the credit is not available to most taxpayers. But the IRS routinely finds unscrupulous preparers who have enticed sizable groups of taxpayers to erroneously claim the credit to inflate their refunds.

Taxpayers should avoid using frivolous tax arguments to avoid paying their taxes. Promoters of frivolous schemes encourage taxpayers to make unreasonable and outlandish claims to avoid paying the taxes they owe. These arguments are wrong and have been thrown out of court. While taxpayers have the right to contest their tax liabilities in court, no one has the right to disobey the law or disregard their responsibility to pay taxes. The penalty for filing a frivolous tax return is $5,000.

Most taxpayers are honest and want to pay their fair share of taxes. But there are always a few bad, opportunistic apples that spoil the lot. If you suspect fraudulent tax activity, report it immediately to your tax adviser or the IRS on Form 3949-A, Information Referral, which is available on the IRS website. When completing this form, provide as much specific information as possible, including the suspect’s name, the date of the activity, how it became known, amounts involved and other relevant details. You may request anonymity — and there may even be a reward available.